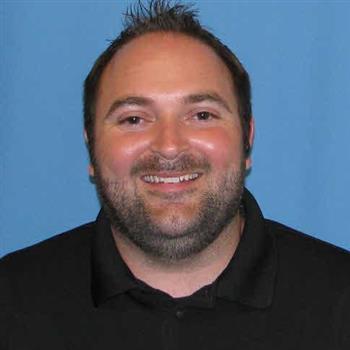 Grant McWilliams is currently the Director of Bands for Waller ISD, where he oversees the instrumental music program for the district and acts as head director at Waller High School. Under his direction, the Waller High School band has consistently received first division ratings in marching, concert, and sightreading, been a finalist at UIL Area Marching Contest, and advanced to the 2011 State Marching Contest. Additionally, the band is a consistent participant in Bands of America regionals and super-regionals where they have placed in the top three for their classification several times over the last five years. During his time in Waller, the band program has grown from 307 students in grades 6-12 in 2011 to just over 500 students currently.Prior to joining Waller ISD, Mr. McWilliams was an Associate Director of bands at Clear Lake High School in Houston, where he was the primary conductor of Concert Band I, taught AP Music Theory, and assisted with the Symphonic Band, Wind Ensemble, and Falcon Marching Band. During his time at Clear Lake, the Wind Ensemble performed at the Midwest Clinic, reached the state finals of the TMEA Honor Band competition, and was selected as a national winner in the National Wind Band Honors Project. Additionally, the Falcon Marching Band was a UIL Area Finalist and reached the finals of numerous other marching invitationals. Prior to Clear Lake, Mr. McWilliams served as an assistant band director at Belton High School and North Mesquite High School.

In the drum corps activity, Mr. McWilliams spent four years marching with The Cadets Drum and Bugle Corps, serving as the trumpet section leader for the last two of those years. During this time, they were twice crowned as the Drum Corps International World Champions in 1998 and 2000, received a perfect score in the visual caption in 1998, and were the recipients of the Jim Ott high brass trophy in 2000. Mr. McWilliams has also served on both the brass and visual staffs of Capital Regiment and The Troopers Drums and Bugle Corps.

Mr. McWilliams holds a Bachelor of Science degree in Music Education from Texas A&M – Commerce, where he was a member of the wind symphony, jazz ensemble, chorale, and chamber singers. He also served as the Drum Major for the Pride Marching Band from 2000-2002. While at Commerce, Mr. McWilliams studied trumpet with Conrad Bauschka and Bert Truax, and studied conducting with Brad Kent and Jeff Gershman. Mr. McWilliams holds professional affiliations with the Texas Music Educators’ Association, Texas Bandmasters’ Association, Texas Music Adjudicators Association, Kappa Kappa Psi, Kappa Sigma, and has been an active adjudicator for the United States Scholastic Band Association.